Hessy Wa Dandora gunned down a phone snatcher who was practicing his deadly trade in Buruburu along Sonko Road.

Police recovered several phones as well as a homemade gun.

A robbery suspect was last night at around 9:30pm, gunned down by Police officers, moments after terrorizing residents at BuruBuru shopping centre.

The suspect and his two accomplices had stolen valuables from members of the public, who were rushing home from the busy shopping centre, that is a hive of activity during rush hours.

Officers who were on patrol got wind of the incident and responded in the nick of time, just as the robbers staged their escape using a motorbike, whose registration number plate was missing.

But upon arrival, one of the armed robbers who was a pillion passenger on the getaway bike, fired at the officers. The officers responded by fatally wounding him, as his accomplices escaped narrowly, towards Jericho. A firearm loaded with one round of 9mm calibre, was recovered.

Earlier in the evening, at around 6:30pm in nearby Embakasi, the suspects are believed to have been behind the shooting of a 40-year-old woman on her hip, injuring her seriously.

Judy Gacheri Wambura who is currently fighting for her life at Kenyatta National Hospital was walking home together with her colleagues, when they were accosted by the gun toting thugs. As her panic stricken colleague Francis Mwangi Mwai recounted to our officers, two men who had just alighted from a motorbike confronted them & snatched Gacheri’s handbag from her.

They also robbed them off their mobile phones and other valuables, before opening fire indiscriminately, seriously injuring Gacheri, as they fled on a numberless motorbike. Meanwhile, detectives from the scenes of crime and photographic, units documented the scene and gathered crucial exhibits, that will be instrumental in nailing down the suspects.

A manhunt for the two suspects who fled the scene, one of whom sustained gunshot wounds is currently ongoing.

In March 2021, Hessy had warned thugs along Outering Road to be careful as a lot of muggings had been reported along the road especially between Kariobangi and Donholm footbridges.

A lobby group, had in May warned against the use of excessive force by police.

The Police Reforms Working Group (PRWG) expressed concerns over increased cases of use of excessive force by law enforcers on youths, also wants the National Assembly’s Security Committee to submit a report outlining steps being taken to address the troubling increase in extra-judicial killings. According to the group, 157 people were killed last year with 10 still missing. 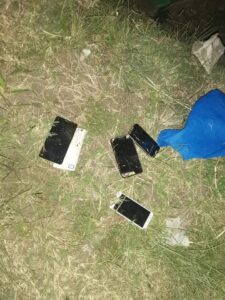 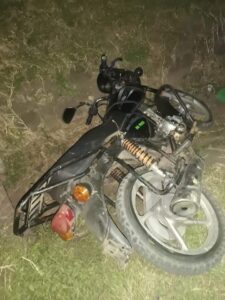 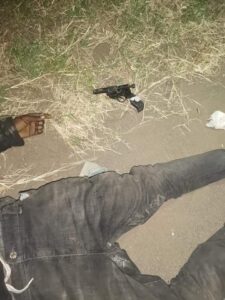 Parts of Buruburu, Jogoo Road to go without water for two days

Kidnapped Eastleigh woman is being held in Kayole – Family