Beware: KCB Bank client claims money was ‘stolen’ from his account by insiders

Marcus Olang’ was shocked to learn that someone from inside KCB Bank had withdrawn money from his bank account without his authorisation.

There are unauthorised transactions happening on a KCB account. Been on the line for 25 mins, and y’all are being way too cavalier. We’re literally at a point where we need to use the money, and the balance doesn’t match. Is there a breach?

These are transactions that aren’t authorised, that were not followed up with the confirmation messages that the system should automatically generate to notify an account holder of such a transaction.

So when you say you can see the money on your end, and I cannot access it, how does that help me in my current situation? Because I need to access the money, regardless of whether YOU see it or not: The reality is I CAN’T ACCESS IT. WTF.

This is how it began. This seems to have been a test, as a much larger sum was very quickly after withdrawn.

We made an attempt to reach the person on this number. There was no response. We then called your KCB customer service. As we stayed on the line (for over half an hour), I decided to look into the number. This is the number and name. 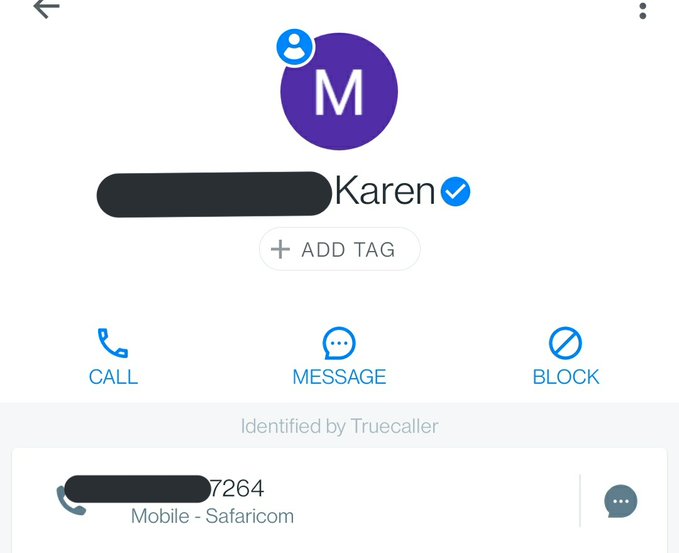 A quick shilling on M-PESA corroborated as much.

So I decided to Google the name…

and googled it again. 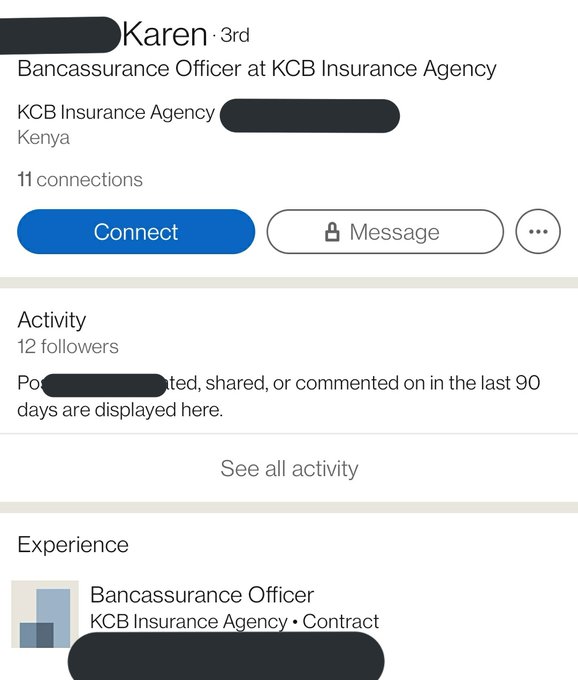 Now, I don’t believe in coincidence. And the probability of such a phenomenal series of things happening pointing in the same direction is highly unlikely.

So here’s my question to you, KCB: Are your employees or people with access to our accounts colluding to steal money from your clients’ accounts? Are you guys running a bank or a racketeering ring?

What are the odds all these things being true at the same time?

The money was later refunded, but it raises questions as to what really happened and how can a bank that big with good security systems allow that.

This just happened to my sister. She saw some money transferred into her account. She then couldn’t access her account. When she finally could the funds had been withdrawn including some of her own. Now she is unable to do anything. She can’t withdraw or transfer. I’m shook.

What happened is she couldn’t access the app for some 10 minutes or there about. Now she’s unable to see the transactions as of now. She didn’t take a screenshot. But she’s lost some cash for sure and she can’t access whatever is remaining.

We are not sure what method was used to withdraw. Now we are seeing a balance which is incorrect. The last transaction date is 25th May. It’s just very suspect that she couldn’t access the app for that long,she Eve tried using the USSD to check but nothing. Stress tupu aki!

When we finally get a hold of customer care, Beverly from KCB Customer care tells my sister that if she was not expecting those funds that came in to her account then she shouldn’t be worried? How can funds move in your account and you aren’t notified? Why should that happen even?

Clear case of money laundering. Probably lots of cash were being transferred illegally & the only way to avoid tipping the system (CBK) is to reroute a chunk in multiple accounts to look like just another transaction before withdrawing them back. Welcome to Kenya! – Krystal @Cryztol weighed in

Similar thing happened to me in April, I made 3 transactions via @KCBGroup app and then received texts saying the transactions failed, only for the funds to be debited from my account yet the recipients didn't receive the funds……I've tried to get it resolved…..wapi

I gave up on KCB when I one day logged into the banking app and someone else's account popped up. On reporting, I was told this would be resolved, but on contacting the individual who's account I had accessed days later he informed me he hadn't been told anything pic.twitter.com/I7L3xzsRr9

It’s Friday in Umoja Estate: Prince Indah will be at Egesa Villa