Government staff living on houses along Jogoo Road complain of being neglected.

They say conditions of the civil servant houses on phase 1 have deteroriated but their plight have fallen on deaf ears.

The roads in the estate are impassable due to huge potholes and raging rains which have flooded parts of the estate.

A source intimated that school buses will not get in the estate in fear that they will get stuck and residents are in turn forced to walk their children to the gate even when it is raining.

Residents have now resulted to collect stones and sand from a building that has been demolished nearby to try and fill the potholes in the estate.

“There is no street light within the entire estate. At night residents walk around using flash lights from their phones or carry small torches,” the source said.

The estate reportedly has one litter bin that is meant to serve 100 houses. Residents are complaining that the contractor appointed to collect garbage at least every week has neglected their duty and only comes once a month.

The residents live in fear of disease breakouts such as Cholera or Typhoid and are seeking for the government’s help through the ministry of housing. 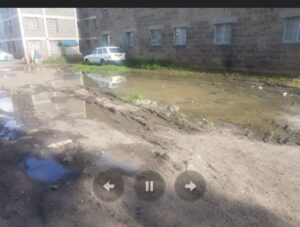 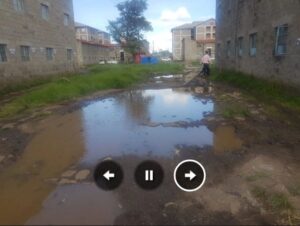 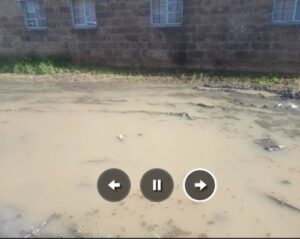 Nairobians advised to eat at home as cholera hits city