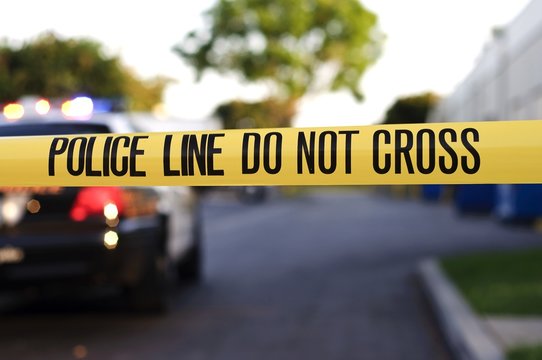 Police are looking for a woman Pamela Njambi, who attacked an off-duty police with a knife.

The officer, also happened to be her ex-lover.

Detectives based at Kasarani police station are looking for a woman who stabbed her ex-lover, a police officer based at Zimmerman police post before fleeing into darkness.

The woman identified as Pamela Njambi, 30, attacked the officer as he left her house last night, after a failed reconciliation attempt that lasted for around 30 minutes.

According to the officer, his former girlfriend had invited him to her house in a bid to rekindle the dying embers of their once blissful relationship.

But the officer turned down the overtures and informed his jilted lover that their relationship had run its course and he had since moved on with his life.

This didn’t appear to have gone down well with the 30-year-old woman who followed the officer discreetly as he left her residence. Upon reaching the gate to the apartment, the woman stabbed the officer with a sharp object before fleeing into darkness.

Following the 10pm incident, loud screams by the police corporal of Uuuuui Uuuuuui! Nisaidieni! rent the air as the officer sought assistance from well wishers who responded immediately.

They rescued him as he bled profusely and rushed him to St John’s hospital where he received first aid before being transferred to a specialized facility within the city for further treatment.

The officer who suffered a stab wound in the abdomen is currently in stable condition as efforts to arrest the assailant intensity.

In view of the increased cases of knife attacks between couples, the Directorate of Criminal Investigations advises couples to seek alternative dispute resolution methods including seeking the intervention of family members, counselors, church leaders etc instead of resulting in criminal acts whose consequences could be dire.

Nairobians advised to eat at home as cholera hits city