Traders woke up to rude shock after their business premises along Kangungo road were demolished.

Witnesses say police and bulldozers moved to position in the area at the week hours of the morning.

Police fired teargas to quell the violent protests that came up this morning.

Severall businesses along Manyanja and Kayole-Spine road were also not spared.

The demolitions conducted by the government are aimed at reclaiming public land grabbed by private developers.

The traders at the Kang’undo construction yard were alerted by security guards about the arrival of bulldozers at the site at 3am on Saturday.

SOme traders claim to have had businesses there from more than 10 years, but Umoja News understands that the area was largely uninhabited and most of them are traders that came from Outering Road when they were displaced when it was being expanded.

“Most of the traders that settled at Kwa Maji in Umoja 3 are those displaced from Outering road”.

Traffic flow was disrupted as the protesters blocked sections of the road on Saturday.

“Traffic at the Kangúndo road near Saika-Mowlem junction is in a standstill. Parts of the road have been blocked,” said Valentine Kimiti, a resident. 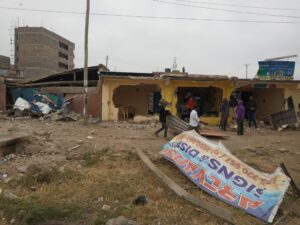 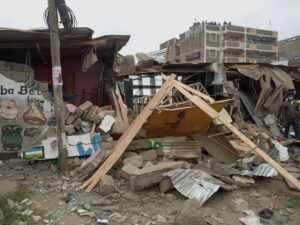 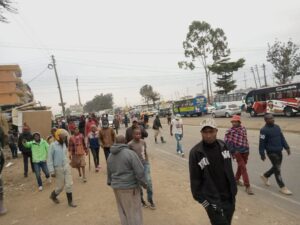 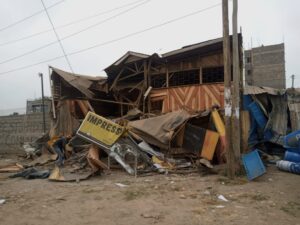