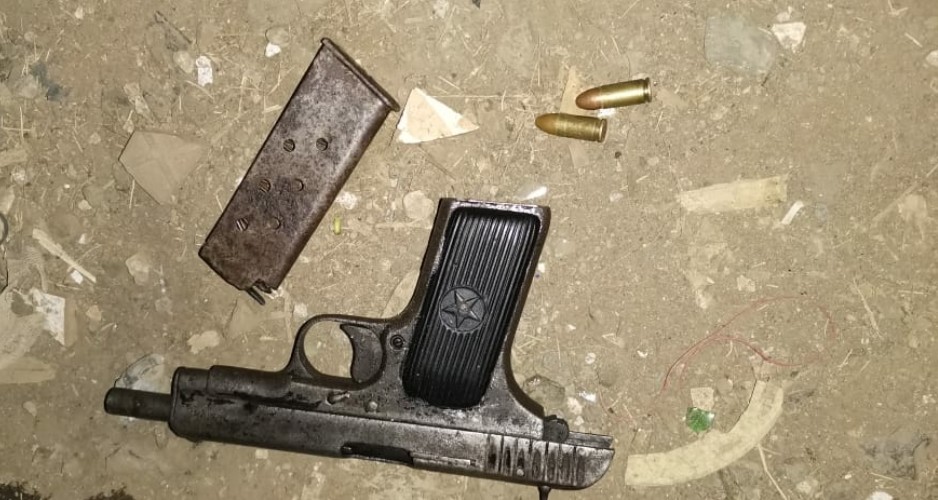 Three armed robbers were fatally injured last night in a confrontation with police, after their attempt to engage the law enforcers in a gun battle was thwarted.

The Buruburu-based officers had spotted three suspicious men riding on an unmarked motorcycle along Outer Ring road way past curfew hours, who sped off after they were beckoned to stop.

A hot chase ensued before the suspects were intercepted at Saika stage, where they abandoned the motorcycle and took to their heels.

However, their scamper from the unabating officers came to an unceremoniously end when a back up team of officers from Obama & Kayole stations ambushed them at the Mwengenye-Dandora bridge.

Cornered and defying surrender orders, one of the suspects dressed in a jungle tactical gear brandished a Pistol, which prompted an immediate response from the police which left the trio fatally injured.

The scene was processed by the Crime Scene Investigations detectives, who recovered the firearm loaded with two rounds of ammo and a Somali dagger.

The gunned down men were also found to have worn multiple pairs of clothes, and detectives believe it is a new style being adopted by criminal gangs, to dispose the outer clothing after fleeing the crime scenes, hence reducing chances of their trail.

The police are asking anyone with information on crime to Fichua kwa DCI by dialing 0800722203. Usiogope!

Njeri Wa Migwi with other mourners in a police Landcruiser. Njeri is a Gender Based Violence...

Finally! 6 police officers to be charged for stealing from a bar in Kayole