At the place that was Mukuru Kwa Njenga slum, there stands a series of tented camps for internally displaced persons (IDPs).

Some Kenyans do not know this heinous act of land grab by the government has happened; because the media has been silenced.

Men, women and children are suffering inside what is supposed to be one of the best cities in the world.

NMS claimed that they wanted to use the space to make access routes that will allow the Nairobi Expressway but area residents claim that the exercise was a land grabbing initiative facilitated by high ranking government officials.

“The government is illegally conducting mass evictions & destroying property in Mukuru kwa Njenga settlement without due notice & meaningful housing alternatives for the residents. Demilitions & forced evictions are a form of violence & a gross violation of the right to housing,” the Kenya Human Rights Commission (KHRC) said on Twitter then

A second demolition of the tents is planned.

Where will these people go? 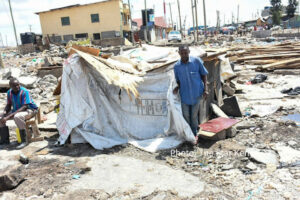 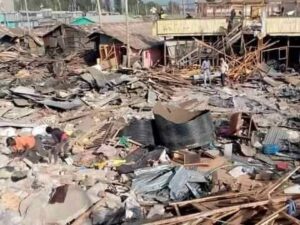 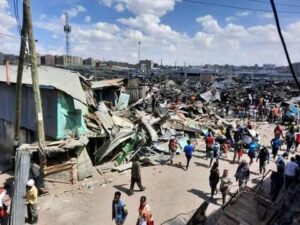 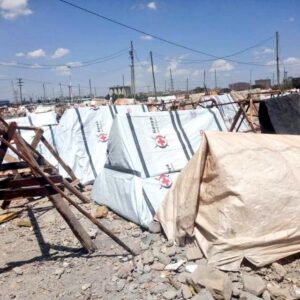