Uhuru campaigns for Raila in Ruai after opening two hospitals

Uhuru Kenyatta has called on Kenyans to vote for Raila Odinga.

Uhuru was speaking at an event after commissioning a hospital in Mihang’o.

The Mihang’o Level 3 Hospital is in Embakasi East.

'I'm here to stay!' President Kenyatta tells off critics as he campaigns for Raila-Karua in Ruai, Embakasi East

Mwiki and Mihang’o hospitals are part of 28 new levels 2 and 3 health facilities constructed by the Nairobi Metropolitan Services (NMS) across Nairobi as part of sustained efforts to attain the Universal Health Coverage (UHC) target of the Govt’s Big 4 devpt agenda. 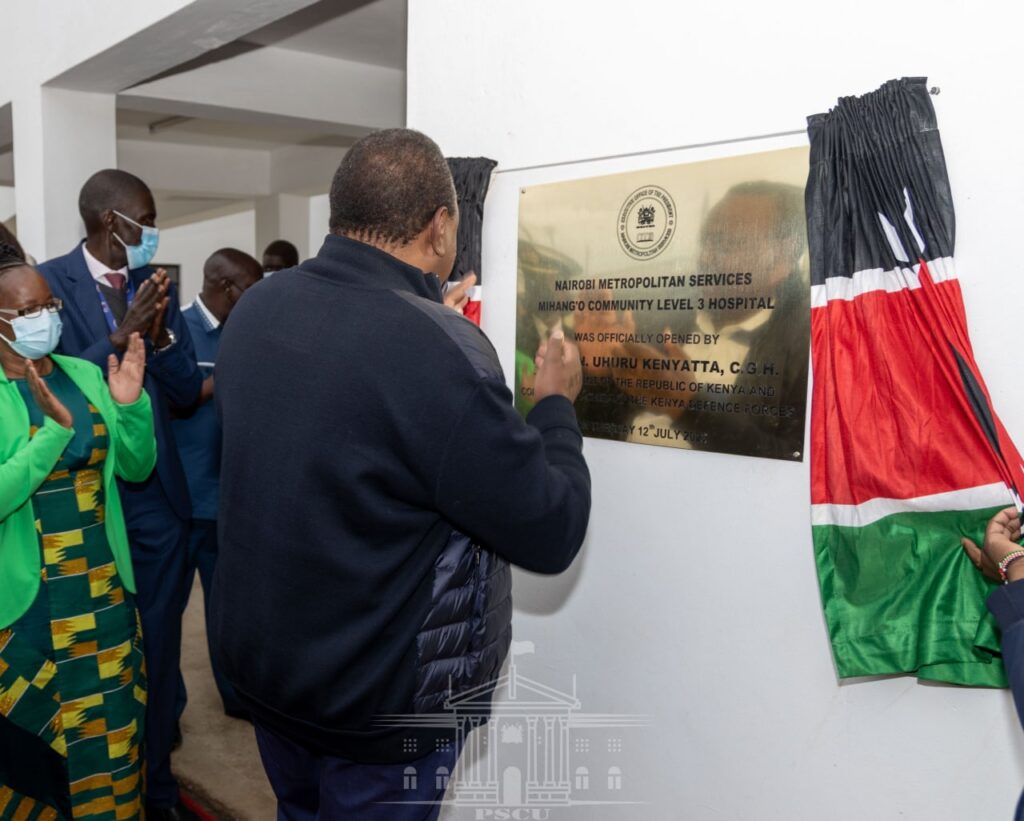 The driver and two conductors of a Umoinner Sacco minibus christened 'Problematic' or 'Dudu Mbaya' have been arrested by the...