Monica Katumbe is remembered as a vibrant and humble soul by her friends, according to their social media posts.

She is said to have been shot five times by her boyfriend who later escaped aboaord a motorbike. He is still at large.

Kenyans have called on the DCI to hunt for the suspect and bring him to book. 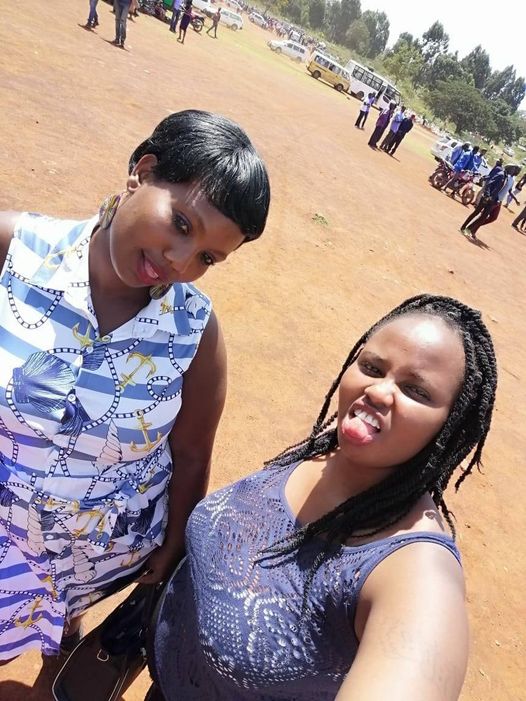 “Let’s seek justice for monica. #justice for Monica.RIP to you gal.she is the one in locks’, wrote Queentermillian Nyamt on facebook

Her name was Monicah or rather Monnie ukipenda, she was jovial, friendly and social. Ni Dem alipenda sana Mtaa yake Mukuru Kwa Njenga, She was an actress very beautiful out and inside her soul too but today we remain with nothing but memories of how she was. Many who connected or came across her, we/her friends too remain in sorrow and sad tears for loosing such a young Soul murdered by her hubby, a bullet of no reason to release it from it’s chamber to murder her for the name of so called #Love . Will justice be served for our beloved #Monnie….? Will who ever did this be found and brought to Justice…? For how long we’ll we keep loosing young women and men in the name of love.? Will Toxic relationships ever end.? This are the question’s that remain with all of us. Today it’s her, tomorrow might be your sister, mum, dad, brother, uncle, aunty or you, yes you the one reading this. #TakeAction #JusticeForMonicah Rest In Peace Dear Monnie Forever Be Remembered In Our Broken Hearts

Monica from Mukuru Kwa Njenga slums. She was shot dead by her boyfriend. pic.twitter.com/xZIvvAelIi

Gone too soon. Monica from Mukuru Kwa Njenga, was gunned down by boyfriend yesterday. Where is justice??
The youths are dying….@KennedyOdede@hope2shine#justice4monica pic.twitter.com/jwHP098Mbe

Monica Katumbe was shot dead by her boyfriend in Mukuru kwa Njenga. The said boyfriend pumped 5 bullets into her before escaping on a boda boda. The family hopes they will get justice for their daughter. Ukiwachwa achika tu. @DCI_Kenya @NPSOfficial_KE kazi kwenu #Justice4Monica pic.twitter.com/Z6M2qS4s0I

Monica Katumbe Katee was shot dead by her boyfriend, Joel, opposite Waecon Supermarket, in Mukuru kwa Njenga. He pumped 5 bullets into her before escaping on a boda boda. The family is calling for swift justice to be delivered. #SemaUkweli @IG_NPS #Justice4Monica pic.twitter.com/0y8OiDUomF

Police gun down two thugs in Embakasi, among them one who shot a Mukuru kwa Njenga woman named Monica